When I was young, women and girls wore slips.

If you are not familiar with this female undergarment, Google the term.

Or, better still, watch Cat on a Hot Tin Roof starring Elizabeth Taylor and Paul Newman. Liz wears only a slip for much of the movie. 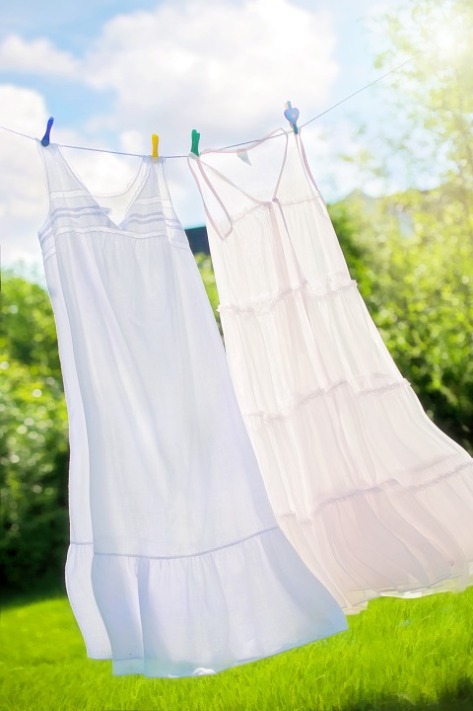 Women did not violate the slip etiquette of the day. We wore “full slips” with most dresses. (The slip Liz is wearing is a full slip.)

Half-slips (just a skirt slip) could be worn if the bodice (top) of the dress was not made of see-through fabric.

In the 1960s, we did not slip up in our wearing of undergarments.

On the Saturday afternoon before Easter Sunday, my daughter called.

“Mom,” she asked, “can Sparkle borrow one of your slips to wear with her Easter dress? When she walks in front of a window or door, I can see right through her dress.”

Sparkle is the pet name for my 10-year-old granddaughter.

By the time I was Sparkle’s age, I had outgrown several slips and passed them down to my younger sister. Never was I without a suitable slip.

“No,” said my daughter, “and I don’t either. Can she borrow one of yours?”

“That’s okay. We can use stitches to tack up the hem and cinch in the waist.”

At least I taught her how to use tacking stitches.

But how had my daughter, who lived with me for 18 years and watched me wear a slip every time I wore a dress, grown into a woman who didn’t even own one?

Maybe I hadn’t preached what I practiced.

Sparkle wore my slip underneath her Easter dress and looked beautiful.

When my daughter handed my slip back after Easter, she said, “I haven’t taken out the stitching. Do you mind doing that?”

That slip was contorted, stitched and cinched top, bottom and sides. It looked like a fifth-grader’s botched-up sewing project.

I removed the stitches and placed the slip back into the drawer with its nylon companions.

I no longer understand the guidelines regarding women’s lingerie.

When and how did this change take place?

I must be slipping.

10 thoughts on “YOUR SLIP IS SHOWING”