Dan and I are in Hawaii.

Allow me to get this out of the way first: Hawaii is beautiful. The colors, scents, and waters are all magnificent. People are friendly.

Here is the problem. 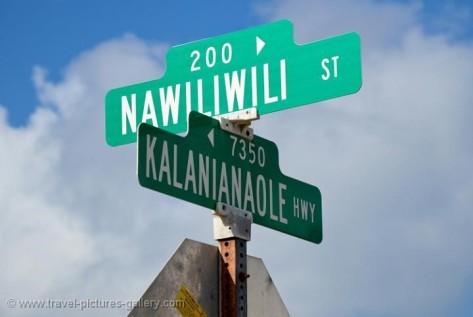 Road/street names are impossible to pronounce, much less remember.

This has led to some one-of-a-kind conversations between Dan and me.

Dan:  What was the name of that road we took to Rainbow Falls?