I am, for the most part, a kind person.

My friends and acquaintances are kind, as are many of the people I meet day by day.

When I meet a person who is decidedly unkind, that person is usually driving a car.

Maybe driving and sharing the road with other drivers is the ultimate test of one’s ability to be kind.

But I am guessing that, perhaps apart from when you are driving, you are a kind person, and I applaud you for that.

Kindness is an admirable quality.

In our American English vocabulary, we sometimes substitute the words nice and good for the word kind.

We describe someone by saying, “He or she is a nice/good/kind person.”

By this, we mean that person gives freely, performs unselfish acts for others, and can usually be counted upon to do the right (rather than the wrong) thing.

Of these people, I say, “Let their tribe increase!” 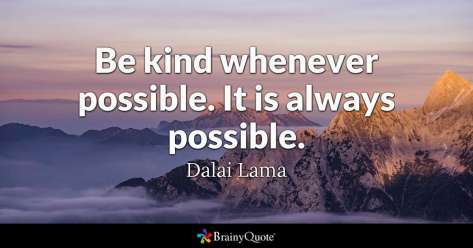 But some people believe niceness/goodness/kindness is the criterion upon which our eternal destiny is based.

While God’s Word certainly endorses kindness, nowhere does it assure us that everyone who demonstrates kindness will go to Heaven.

Christians know, but may need to be reminded, that the people bound for Heaven are those who have been saved by grace through faith. (Ephesians 2:8)

The combination of all the kind acts ever performed is not powerful enough to save even one of us.

The only cleansing agent that can remove the barrier of sin, the great separator between God and man, is Christ’s blood.

I also love the old hymns we sang in the little church where I grew up. Those songs referenced blood more often than do the songs we sing in the wonderful church I am a part of today.

We sang There’s Power in the Blood, There Is a Fountain Filled with Blood, and Are You Washed in the Blood?

One old hymn included this line: When I see the blood, I will pass over you.

This song referenced the blood of lambs painted on doorposts on the night the death angel passed through Egypt.

That “saving” blood was a representation of the pure blood of Christ that would be shed centuries later to save you and me.

The ultimate kindness shown to mankind was shown in red: the blood of Jesus.

I found a graphic that represents this truth. 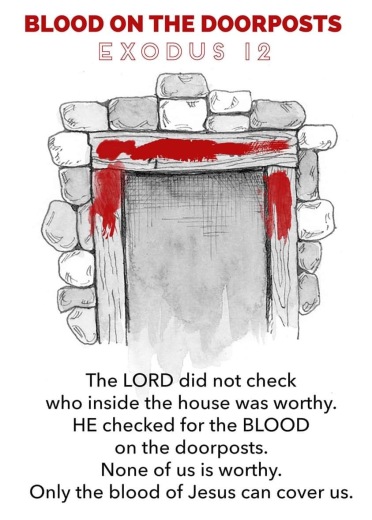 Keep being kind. You will be a happier person, and the world will be a nicer place.

But don’t count on your kindness to save you.

A few months ago, I published a post titled Aah, Now I Get It!

In that post I asked and answered some questions, as I wanted to gain knowledge about topics I didn’t understand.

Today, I will ask and answer more questions you may or may not have.

Why is Caillou bald?

For anyone who does not watch kids’ animated television, I offer this background on Caillou. This comes via Wikipedia.

Caillou is a Canadian educational children’s television series that first aired on September 15, 1997. The series is based on the books by Hélène Desputeaux. It centers on a 4-year-old boy named Caillou, who is fascinated by the world around him.

Caillou lives in a blue house at 17 Pine Street with his mother, father, and his little sister, Rosie.

He attends a preschool taught by Miss Martin. His classmates include Leo, Clementine, Sarah, and other kids. Caillou has a grandma and grandpa.

One striking observation parents and other adults make when watching Caillou is the child’s lack of hair.

As in cue ball.

His hairless pate is not made an issue in the show. In each episode, Caillou interacts with his family and friends, learns new things, experiences different emotions, and acts like other four-year-old children who do have hair.

(Some adult viewers disagree. They believe Caillou acts like a spoiled brat.)

To the question of why Caillou has no hair, this answer is offered:

The TV series “Caillou” was actually based on a much younger character from an illustrated children’s book. In the story, Caillou was drawn as a nine-month-old baby. As he got older, publishers decided that giving the character hair would make him unrecognizable, so they decided to keep him bald.

“Caillou’s baldness may make him different, but we hope it helps children understand that being different isn’t just okay, it’s normal,” Chouette Publishing explained on their site.

Additionally, the TV show’s website revealed that preschoolers watching the show often overlook this detail. “The fact that he is bald does not seem to bother preschoolers in the least,” the site reads. “Not only do they never mention it, but when asked to think about why Caillou has no hair, our focus groups just laughed and replied: ‘He just doesn’t have any hair!’”

What is the difference in meaning between the words ravel and unravel?

(I took this answer from https://www.allearsenglish.com.)

Ravel is a synonym AND antonym of unravel!

(I bring you that bit of clarifying information without charge. You’re welcome.)

Where does the expression salt of the earth come from and what does it mean?

People who are described as ‘the salt of the earth’ are those who are considered to be of great worth and reliability.

The phrase ‘the salt of the earth’ derives from the Bible, Matthew 5:13 (King James Version):

Ye are the salt of the earth: but if the salt have lost his savour, wherewith shall it be salted? It is thenceforth good for nothing, but to be cast out, and to be todden under foot of men.

The positivity towards salt in this phrase conflicts with many other uses of the word salt, which has also been used to express negative concepts; for example, in the Middle Ages, salt was spread on land to poison it, as a punishment to landowners who had transgressed against society in some way.

It seems that the ‘excellent’ meaning in the ‘salt of the earth’ was coined in reference to the value of salt. This is reflected in other old phrases too; for example, the aristocratic and powerful of the earth were ‘above the salt’ and valued workers were ‘worth their salt.’

‘The salt of the earth’ was first published in English in Chaucer’s Summoner’s Tale, circa 1386, although Chaucer undoubtedly took his lead from Latin versions of the Bible.

It’s a mystery that has puzzled thinkers since Aristotle: under the right circumstances, hot water can freeze more quickly than cold. Now, for the first time a team of Spanish physicists has worked out how and why this seeming paradox—known as the Mpemba effect—can occur.

You may want to read more about the Mpemba effect.  I tried reading more but was completely lost after the first paragraph (see above).

Since God created woman from a man’s rib do men have one fewer rib than women?

One of the most persistent arguments used by many to “prove” the Bible is true is that women have more ribs than men. This “fact” is glibly repeated over coffee and donuts or innocently recited to children in Sunday School. After all, the Bible does say that woman was made from one of Adam’s ribs.

And the Lord God caused a deep sleep to fall upon Adam, and he slept: and he took one of his ribs, and closed up the flesh instead thereof;

And the rib, which the Lord God had taken from man, made he a woman, and brought her unto the man (Genesis 2:21-22 KJV).

These verses tell us how God made the first woman. But would women from that point have more ribs than men? No.

If someone accidentally cut off a finger or lost an arm or leg in an accident, would we expect children he had after the loss to be missing a finger, arm, or leg? If a man has an appendix or gall bladder removed, would his children be born without these organs? Of course, no one would even suggest such a thing. However, in the case of Adam and his rib, this unsupportable concept continues to be propagated.

The most basic picture book of the human body shows even young children that women and men have the same number of ribs. Observations in the present world thus instantly disprove this anatomic legend. Since the rib fable is so readily refuted with simple anatomic facts, we wonder why many well-meaning Christians continue to spread it.

The rib fable is definitely an argument Christians should not use. 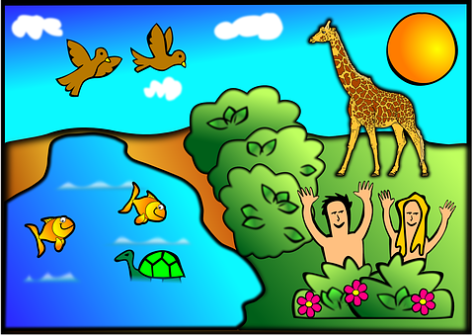